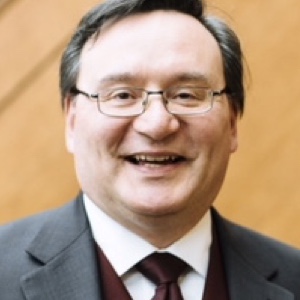 Wayne Garnons-Williams, Chair
Wayne is a First Nations, Sixties Scoop Survivor from Saskatchewan. Wayne completed his Bachelor of Arts, Political Science at the University of Windsor in 1987 and Bachelor of Laws at Queen University in 1990. Wayne is licensed to practice law in Ontario and British Columbia since 1992 and 1994, respectively. He has completed a Certificate in Advanced Alternative Dispute Resolution from University of Windsor in 2001. Thereafter in 2008, he completed his Master’s in Public Administration at Dalhousie University. He is currently a research fellow at the University of Oklahoma, the College of Law and is completing his Master’s in Law at the same time.

Wayne has served as Chair of the Federation of Sovereign Indigenous Nations Appeal Tribunal as well as served as a member of the NAFTA secretariat from 2018 to the introduction USMCA with his focus on Indigenous Law and International Inter-tribal law. He is also the Principal Director of both the Indigenous Sovereign Trade Consultancy Ltd. and his law firm, Garwill Law Professional Corporation.

The Selection Committee felt that Wayne endorses the entire skillset that the Foundation is seeking. His experience in media relations, and his tremendous depth of expertise demonstrated through his work with various Boards is an asset that would be beneficial for the Foundation. 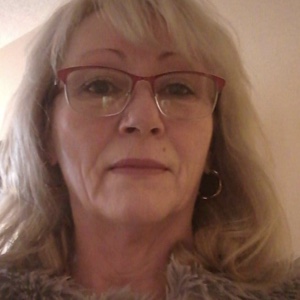 Selina Legge, Secretary & Treasurer
Selina would like to acknowledge her Ancestors who have passed on before her. To Selina’s Aunt Mary Adams who gave her the courage to speak up for truth and justice, Selina’s Mother for her letters of love and encouragement to never give up, no matter how many times she fell or failed along the way. To the Anishnawbe Health team for helping her make sense of it all and to stop blaming herself for injustices put upon her. To Sally Brown Martel( Marcia) who bought this case forward. To her Lawyer Geoff Budden on representing her with her own personal lawsuit. To the Toronto Inuit community for your support, love and respect. To her Nunatsiavut family and beautiful friends who have been Selina’s solid rock. Nakummek, Thank you.

Atelihai, Hello.
Selina is an Inuk of Nunatsiavut. Mother of 3 and Grandmother of 5. In 1964 she was scooped from her family and ancestral lands by the Canadian Government and made a ward of state where she was placed with non-Indigenous people. When Selina reached 16 years of age, she no longer belonged to anyone. The government that stole her from her people now gave up ownership of her. She was left to fend for herself. She is a Sixties Scoop Survivor. At the age of 24 she was a single Mother and was able to come up with enough funds to buy a used car for $300.00 and a hot dog cart business that won her the best restaurant award. She continued working with Trade shows and festivals buying and selling products.

In 2007 Selina hired a lawyer and took the government to court for the abuses imposed upon her as a child which made her relive the Trauma. She spent four years with counselling and recovering to heal her broken spirit. Selina settled the case out of court through negotiations. In 2014 she was elected Toronto's Inuit Delegate to represent them on the National Level developing Inuit Specific programs and services. Selina worked collaboratively with Indigenous organisations such as Tungasuvvinat Inuit, Pauttitut Women and Inuit Tapiriit Kanatami. She is also one of the Co-Founders of the Toronto Inuit Association where she served on the board as Secretary. She was entrusted by the Inuit community to lead the Pre-Inquiry for Toronto's Missing and Murdered Inuit Woman and Girls. She also attended the 5th Indigenous Women's Summit representing Toronto and took part in the Truth and Reconciliation conference. This is part of Selina’s journey and healing story. With this experience Selina is looking forward to serving all sixties scoop Survivors on their journey to healing and reclamation. 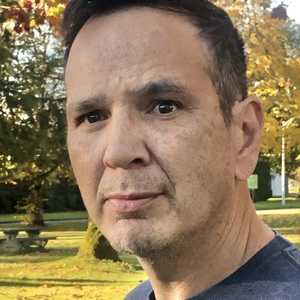 Eric Phillips, Board Member
Eric Phillips is 60’s scoop Survivor. He is Haisla, Whale Clan, Tsimshian and Gitxsan. Eric started commercial fishing at a young age and spent all of his summers on the water. For the last 18 years, he has been president of a commercial fishing company and in 2018, he received his Captain’s ticket for 150 ton Masters. Eric also studied emotional competence for indigenous people at the Justice Institute, with Dr. Lee Brown.

Eric lives in Chilliwack, BC on unceded Tzeachten territory with his wife and youngest daughter. He also has 3 adult daughters and a transgender son. Around 20 years ago, Eric's birth mother reached out to him and since then he has reconnected with his family. Eric suffers from anxiety and depression, though he is not afraid to try something new. When he heard the stories and met the people, Eric felt that his personal experiences could help other Survivors find a connection. Eric's abilities in finance, management and cultural understanding will lend a hand in development of this foundation. 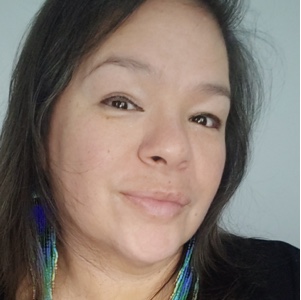 Danelle St-Laurent, Board Member - Chair of Communications
Danelle is an Ojibwe-Cree-Sioux from Saskatchewan. Her mother is from Muskowekwan First Nation and her father is from Pasqua First Nation. At the age of seven, Danelle was adopted by a family in Quebec in the city of Rock-Forest, which is now named Sherbrooke. Since 2011, she worked as an Indigenous Community Development Officer for Correctional Service Canada, and she served for 3 years on the National Aboriginal Peoples’ Circle as the Aboriginal Representative of Quebec for the Government of Canada. In addition, Danelle has worked for Quebec Native Women, First Nations Human Resources Development Commission of Quebec, she sat on the Board of Directors for the Native Montreal Women Shelter and for the Rising Sun Childcare Centre. Danelle has been an active member for the Indigenous community in the province of Quebec and Montreal area for almost 20 years. She has great knowledge of the historical context, realities and challenges that the Indigenous people of Canada are facing. 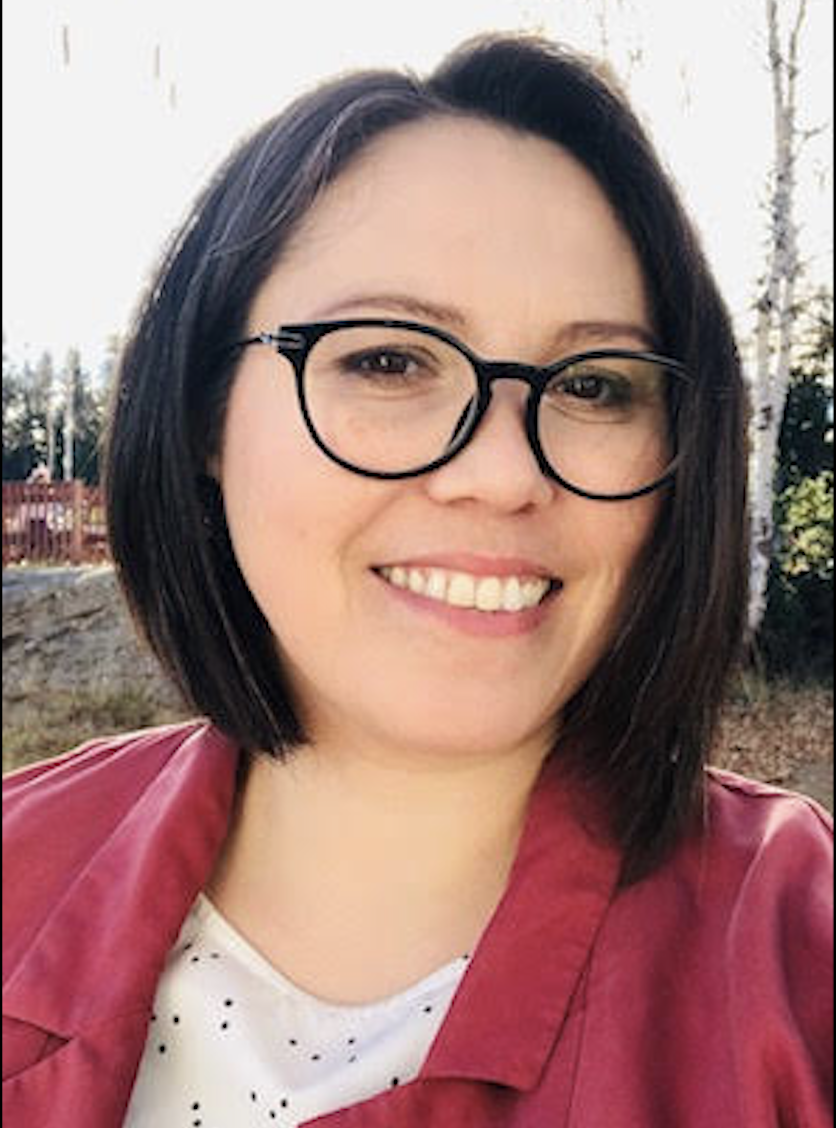 Pauletta Tremblett, Board Member - Chair of Programs
Ullakut,
Pauletta Tremblett is an Inuk from Nunatsiavut, born in Northwest River, NL. She is the youngest of six siblings, all Sixties Scoop Survivors except for her oldest brother, who never made it home, dearly missed since his passing at the age of thirteen. Whenever she travels to Nunatsiavut, many people who still remember her and her siblings welcome her home with open arms and the gentle warmth of familiarity.

Pauletta is a mother of three growing children, 17, 15 and 7 years old. She and her husband of 24 years share their life together with their children in Labrador which brings enlightenment to their history and identity, as well as strength of the resilience within the family unit.

Pauletta has been recognized as a helper, and trusted support system for all Indigenous people and her family. She also began advocating for children at a young age.

Her volunteer work while living and working in Inuit and Indigenous communities grew as her professional portfolio emerged with a passion for sharing the knowledge gained in the criminal justice field.

In the past, she volunteered at the Legal Help Centre at the University of Winnipeg and as the Aboriginal Liaison Officer with the Criminal Justice Student Association. She has held many seats within multiple organizations for the C.A.R.E (Committee for Advocating of the Removal of Sexual Exploitation), Suicide Prevention, Take Back the Night, and for Extra Judicial Measures.

With the knowledge experienced over time, and also gleaned from elders, she has continued to pursue hope for other families that are still structurally affected by systems that displaced her family and so many others.

Pauletta has continued to provide Anger Solutions programming, spiritual guidance and support in sharing resources for Indigenous families for reunification and empowerment. 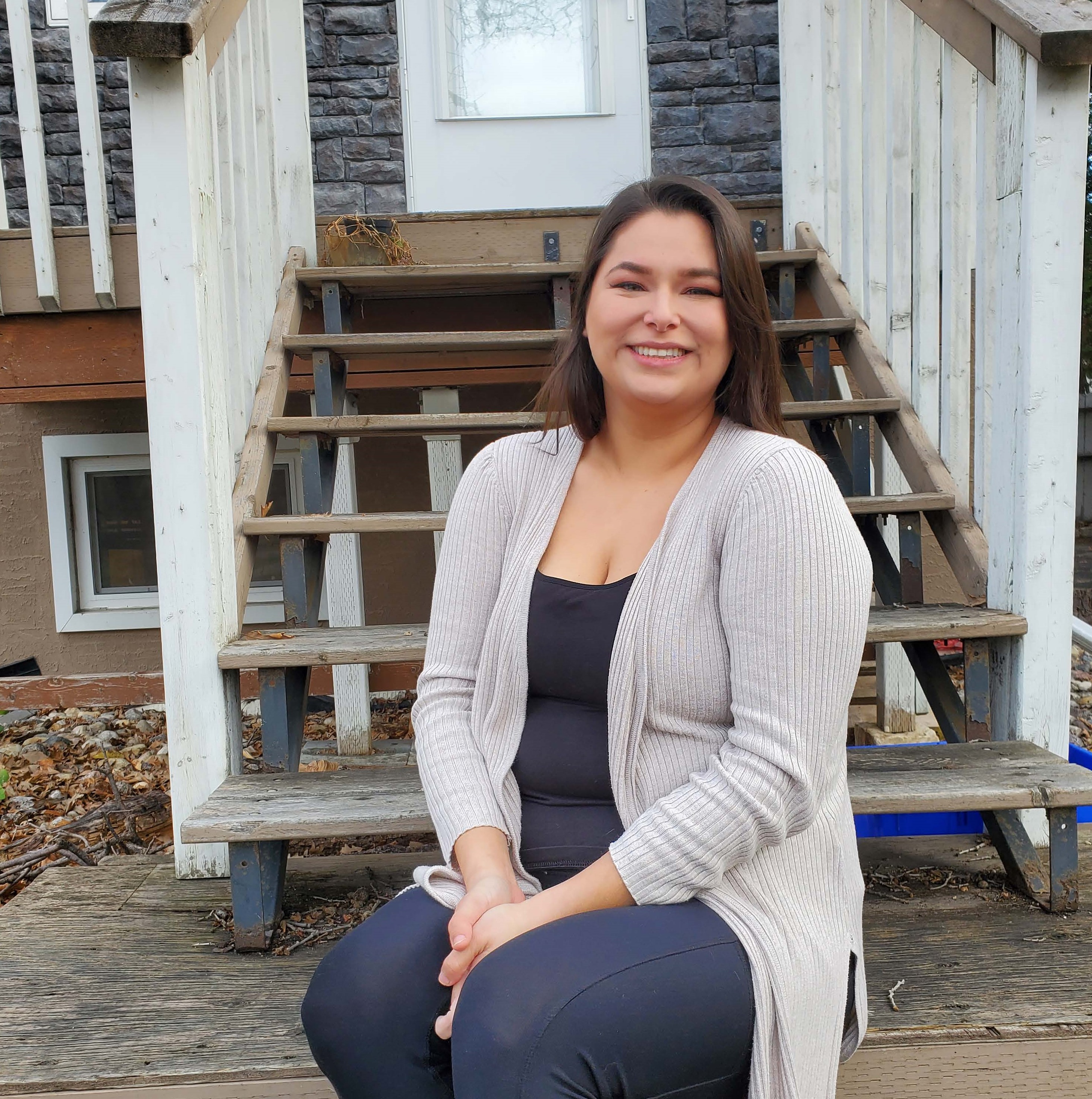 She is a member of Treaty 3 Wikwemikong Unceded Territory. Rochelle’s spirit name is White Bear Woman from the Wolf clan, she is a middle child with an older sister (Descendant of a Survivor) and younger brother (Metis). She is a proud auntie of 4.

Rochelle was born close to the water (Assiniboine River) and raised by her mother on the traditional territory of Treaty 1 the Homeland of the Métis Nation and Anishinaabeg, Cree, Oji-Cree, Dakota and Dene Peoples.

Rochelle has Post-Secondary Education in Computer Applications for Business, and Introduction to Programming. She is keen on reclaiming her Anishinaabemowin language and is currently remotely working in Treaty 7 and across Turtle Island as a Senior Administrator for CMHC-SCHL.

Rochelle has an Administrative/Technical background. She also has a vast knowledge of non-profits from working at the Ma Mawi Wi Chi Itata Centre Inc; volunteering on the YMCA-YWCA of Winnipeg Board of directors and working alongside City of Winnipeg, Manitoba Government, Federal Crown Corporation and First nations communities.

Rochelle is passionate about seeking justice for MMIWG2S and Calls to Action with Soles on Fire Marathon. Her experience with APTN has opened her eyes to reaching people from Coast to Coast to Coast. 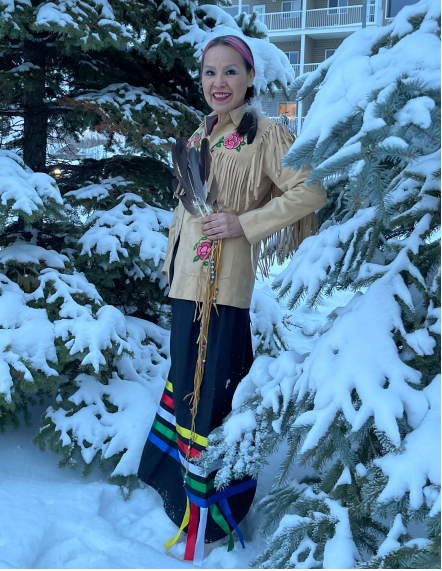 Ms. Cardinal is a proud Athabasca Chipewyan First Nation member and was born in Fort Chipewyan, AB. Shirley currently resides in Fort McMurray, AB., Ms Cardinal serves her Nation as a Human Resources Manager. In her new role, she reflects on the importance of traditional values, belonging, and identity to healing from trauma utilizing the wisdom of the Elders and modern medicine to bridge herself whole.

Her passions are powwows, making arts and crafts, history, and education. Sometimes, the need for healing takes a blend of traditional and modern healing modalities that bring wisdom, shed light on many deep-seated issues, and bridge us back to wellness and feeling whole.

Shirley was awarded a Queen Elizabeth II Diamond Jubilee medal for her volunteer work. She is currently pursuing studies for a Bachelor of Commerce. In 2015, she completed an Indigenous Enriched Support Program at Carleton University and had gained admission for a BSW and decided to change her major when she relocated back to her traditional territory after being away for 45 years. 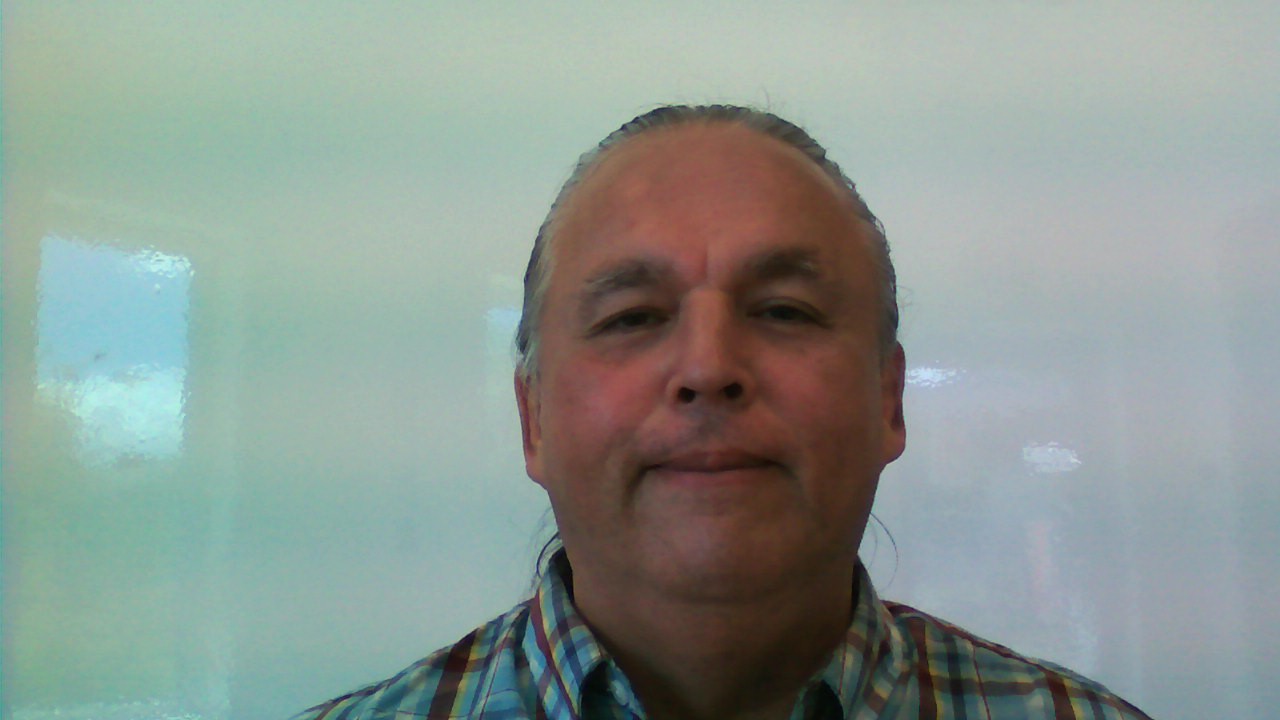 Michael Christian, Board Member
Waytkp, (Hello All)
Michael is one of ten children of Delphine Christian (five sisters and five brothers).  He is a proud member and former Kukpi7 (Chief) of Splatsin te Secwepemc (formerly known as Spallumcheen Indian Band) Michael is a Sixties Scoop survivor (11 years – age 8 to 19).
‍
As a member and former Kukpi7 (Chief) of the Splatsin te Secwepemc, he has had the great pleasure to experience the rich Indigenous cultures across Canada as well as a select few from the United States of America. He has lived in many of the Western Canadian Indigenous communities as a Computer Instructor/Technician for weeks at a time.

This combined with his experience as an Indigenous politician has provided a unique insight into Indigenous histories, protocols, issues, demographics and social structures. His background includes 13 years as lead for Indigenous services which comprises of program and policy development in education, governance and law (Indigenous and Non-Indigenous), natural resources, cultural resources, information and communication technology. His 20 years’ experience in education and administration will complement the foundations needs

The majority of Michaels teaching experience is within the Indigenous private sector. He is looking forward to applying his skills and experience towards working with the Sixties Scoop Healing Foundation to assist with our collective healing path moving forward.
‍
Kukwstsámc! (Thank You)
Bientôt disponible
X

FIRST PERMANENT BOARD OF DIRECTORS – UPDATE